The History of the Stephentown Memorial Library

Residents of Stephentown have had access to books since at least the beginning of the 19th century. George Holcolmb (1792 – 1856) reported in his diary that on December 21, 1810, he “Stopped to Mr. Ebenezer F. Booges and borrowed ‘The History of Rome’ and returned it 5 May, 1811.” 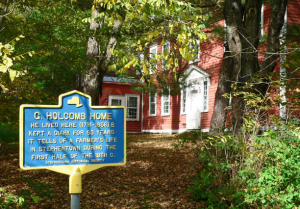 The Rev. Aaron J. Booge, Ebenezer’s father, was the minister of the Stephentown Presbyterian Church and owned the best collection of books in town. When the Booge home was sold in 1808, the private library was forced to move however no record has been found of its new location. Plaques mark the site of both Booge’s and Holcolmb’s houses on West St. For most of the 19th and early 20th centuries there are no records indicating that a library, private or public, existed in the area.

In 1924, a permanent library was established by the Home Bureau.  It was located next door to the Vanderbilt House in what was formerly McFeeley’s Feed Store (image taken 1929). The building is no longer standing. Mrs. Mary K. Rowe served as its librarian for 19 years until it closed in the early 1940s. 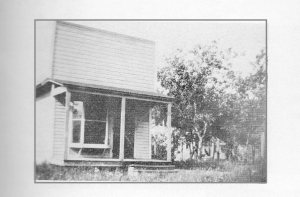 Dr. Frederick A. Carpenter willed $5000 to the Town of Stephentown when he died in 1865. The interest was to be applied to common-school purposes. When the school districts were centralized in the 1930s, the State Legislature enacted a law giving the money to the local library, under similar restrictions. An administrator, appointed by the Town Board, was responsible for investment and disposition of this fund.

In May of 1946, at a meeting of the Stephentown War Council, Lewis Griffin presented plans for the formation of a library to honor the local men and women who had served in the armed forces during the two World Wars. These plans were formalized on Sept. 9, 1946 when a group met to organize the Stephentown Memorial Library. Seven trustees were elected. The names of the 50 men and women who served in WW I and the 104 WWII veterans to whom the library is dedicated, are shown on plaques hanging in the library. 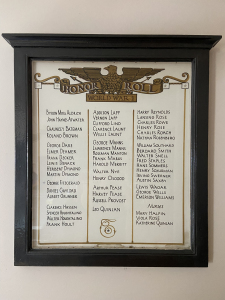 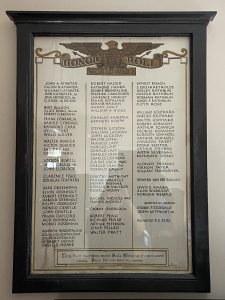 In 1947 a provisional charter was granted by the State Board of Regents, and a campaign was begun to raise money for the construction of a library building on land donated by Avery Hall located next to Hall and Higgins Funeral Home on Route 43. 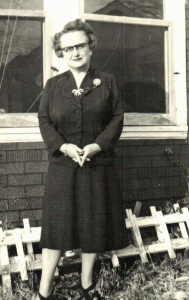 Construction began in July of 1948 and the new library was opened on June 14, 1949, with Miss Blanche Coffee as librarian.

In the early 1970’s it became clear that the library was in need of more space. In 1972 the library was moved across the street to its permanent home. The new library building was originally a one-room school house serving children in District 4. There was no water or plumbing. As other district schools closed, the children were transferred to School 4 and space became a problem. In 1899 an extension was made onto the back of the building. After the Stephentown Elementary School opened in 1948, the old School 4 building remained empty until 1960 at which time it was converted into the Town Hall. In 1972 the Taconic Valley Grange Building became the Town Hall and the School 4/Town Hall building became the Stephentown Memorial Library’s permanent home. 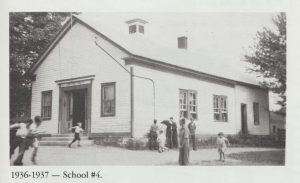 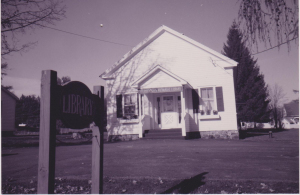 The Stephentown Library continued to grow and in November of 2001 a committee was formed to explore the option of expanding the building. In 2002, the Building Committee, chaired by Library Director Barbara Kubli, began the process of planning a new addition to SML. After years of hard work, the addition to the library was completed in 2008. This beautiful new addition gave SML more than double the space of the original building. Narrative courtesy of Sally Fox and Kim Roppolo. 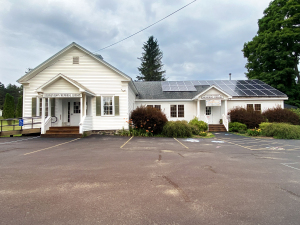