Live at the Library: Scott Connors 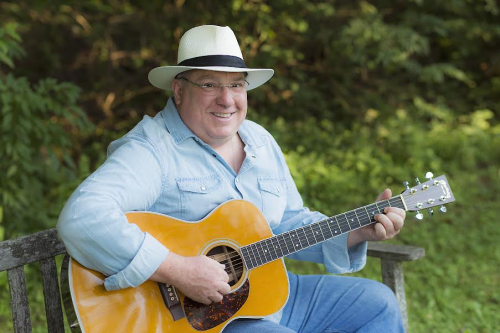 Live at the Library–Scott Connors

Scott Connors is a singer songwriter and guitar player who has been playing and singing his way into the hearts of music lovers since the age of eight. His musical talents have brought him into contact with a wide array of artists and musicians.

Born and raised in Pittsfield Mass, Scott has been a resident of Stephentown, N.Y. since 2006. Scott is an accomplished author having published two novels as well as his musical career.

During his time playing in bands, he gained admiration and respect from his peers and the public. He’s played a wide variety of music over his career from rock, and blues to country. His bands have included The Brooker Hill Band, Sunset Boulevard, Off Hour Rockers and Berkshire Country to name just a few! His bands have opened for such national acts as The Charlie Daniels Band, Orleans, Shenandoah, Bill Haley’s Comets and many more!

Over the last few years Scott has reemerged as a solo artist, a role he left to pursue success in the many bands he’s been in. Scott writes his own material and performs them as well as songs by artists such as Jackson Browne, James Taylor, John Prine, Garth Brooks and more. Scott’s styling is steeped in the singer songwriter tradition.

Whether you’re looking for a quiet coffee house performer or an acoustic artist who can rock the house, Scott fits the bill! Please see his contact information below.
Scott Connors
413.822.0348
scottpeterconnors@gmail.com