Live at the Library: Deb Cavanaugh and Dandelion Wine 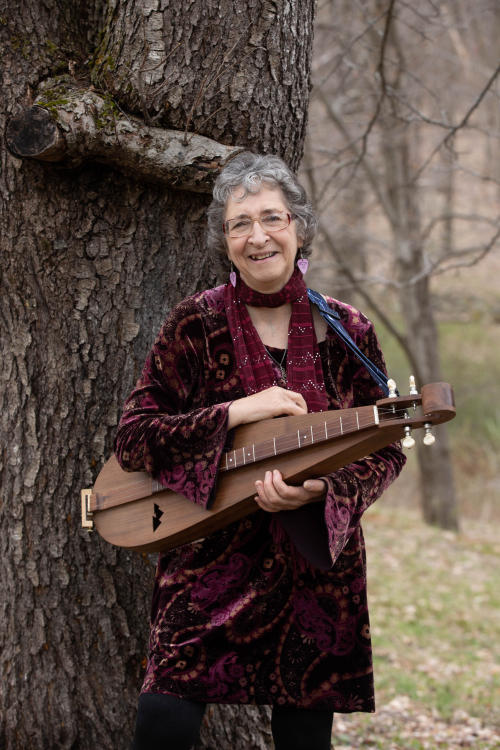 Live at the Library: Deb Cavanaugh

Singer-songwriter, multi-instrumentalist and roots singer Deb Cavanaugh lives in the foothills of the Taconic Mountains, in upstate New York. She started making music as a toddler singing before she spoke and singing harmony and rounds by age 3. Her dad exposed her to Classical, Big Band and Jazz. As a teenager, while studying classical voice, she became enamored with blues, rock and Motown. While studying classical music, she was given the opportunity to sing Duke Ellington’s sacred music in a church choir directed by him. During the mid-70s, Deb met her future husband and hitchhiked with him across the country to San Francisco, jumping into the world of rock and roll. They formed the band General Eclectic. After moving back and forth from coast to coast, sometimes in a VW bus, they eventually found their way to upstate New York.
​

As a teen, Deb was involved with a choir directed by Duke Ellington, performing his original sacred music, and much later sang back-up with Melanie in Albany and Saratoga Springs, NY. She was also part of the re-creation of a women’s orchestra originally from Birkenau concentration camp playing classical mandolin in shows with that group in the Woodstock area in 2007 and finally at St. John the Divine in New York City, in Berlin, Germany and Ravensbrück camp in the spring of 2009. This show was repeated in April 2015 in the Woodstock area. In May of 2019, Deb traveled to China for two weeks to teach music in two bilingual preschools working with children ages 2 through 6, their teachers and their parents.
In the mid-nineties, Deb focused on traditional folk music such as Old Time, traditional ballads, Irish dance tunes and more. She now plays a variety of styles including blues, rock and traditional folk as well as a variety of instruments. Currently her favorite instrument is the mountain dulcimer. Early influences included The Beatles, Motown, Crosby, Stills, Nash and Young and The Grateful Dead. She has five CDs: “Returning” (Cavanaugh & Kavanaugh), original songs in the folk tradition, “General Eclectic,” live recordings from her rock and roll band, “Tunes for Tots,” a five-song EP for kids, “Highway In Your Eyes,” her first solo CD of original songs and tunes accompanied by a spoken work memoir for each song, and her latest release “Love Songs and Lullabies” (Deb Cavanaugh & Dandelion Wine) spans a variety of genres from reggae, calypso and spacy psychedelic rock to blues and country. She currently plays shows with Dandelion Wine, a collection of musicians that changes from show to show depending on the venue. Dandelion Wine can be a duo or a full band. She has played such notable venues as Caffe Lena, where she has had three CD release concerts. Don’t forget to check out her podcast and memoirs-based blog about those early adventures traveling around the US via thumb, VW bus and growing into the performer she is today.